Tea gardens a heaven for elephants?

Is the practice of providing shelter for elephants in tea gardens useful?

some areas to grow naturally. A nice gesture that surely shows good intention from

tea garden owners and management. Removal of some fences, trenches and other

But there could be another side as well; lets have a look at the main HEC area of

Udalguri district in Assam and close to the border to Bhutan.

NWA investigated the problems there and found, as expected huge problems.

Lantana Camera and Chromolaena Odorata at a rate of 90-95%.

A large number of cattle is present. 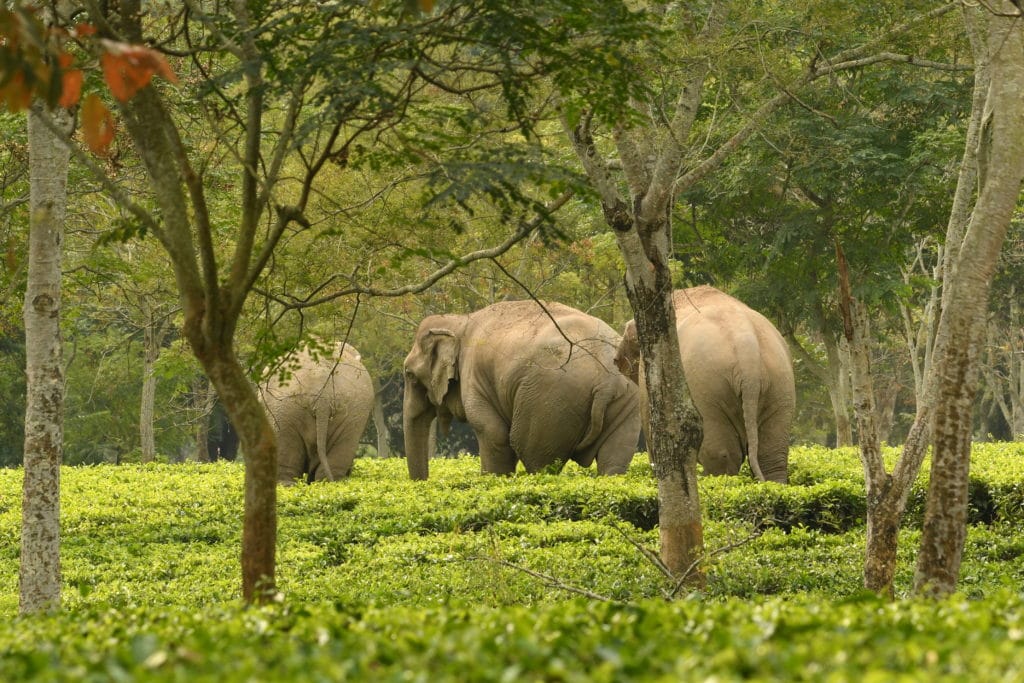 Mostly positive view about elephants (Hindu believe), but the loss of lively-hood turns

Many people try to appease elephants by offering food and salt

Solar fencing along the forest

Rock-mining in and along riverbeds is widespread.

The scale of suffering in this area in Udalguri is unimaginable!

What can be done?

that actually invite elephants into human areas, it seems that the only solution

is to separate elephants from humans, but there are many more aspects to

Habitat has to be restored to accommodate and feed all elephants.

In order to remove the cattle from the “forest” areas, alternative food sources for

and in wasteland around villages.

Feeding of wild elephants has to be stopped immediately!

to be adjusted accordingly.

Professionally trained and equipped depredation teams need to be formed.

The practise of providing shelter to elephants in tea gardens

should be seriously reconsidered.

Why we should take these measures?

Elephants need sufficient food inside their habitat or they will

As the cattle will eat the grass in the restored habitat, they have to be kept away,

there are vast areas outside that could accommodate these after improvement.

Inviting elephants into human areas and habituating them to

A clear demarcation line needs to be set, to created a human activity

(and cattle) free habitat for elephants.

To reduce casualties and incursions, a professional team, trained in non violent

mitigation, alcohol free and equipped with the necessary tools, is needed.

Large and small tea gardens are spread in between the paddy fields, making proper depredation

impossible as there are elephants everywhere inside the human areas and next to settlements.

It has to be noted, the the vast majority of attacks on humans are inside

or very close to these tea estates. Most elephants involved in attacks

are staying in the tea gardens during the day.